Dismantling the Boundaries of the ECB’s Monetary Policy Mandate 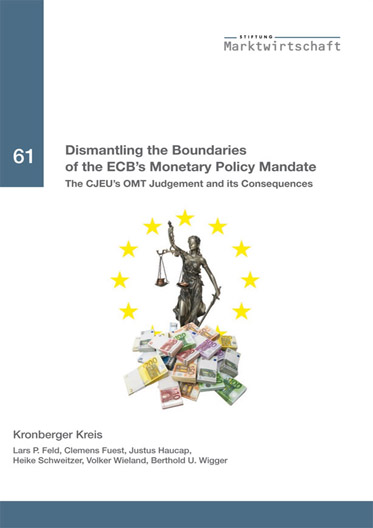 In this study, the Kronberger Kreis, Scientific Council of the Stiftung Marktwirtschaft, explains why the CJEU’s reasoning would have irreversable consequences, if the German Federal Constitutional Court were to follow. The CJEU’s judgment dismantles the boundaries of the ECB’s monetary policy mandate and significantly weakens the prohibition of the monetary financing of Member States in the long run. Effective judicial review of the scope of the ECB’s competence would no longer be guaranteed. An act of crisis intervention by the ECB threatens to irrevocably turn the future structure of the EMU into the wrong direction.